May 9, 2019Posted by Pharmacy is Right for MePharmacy, Pharmacy student 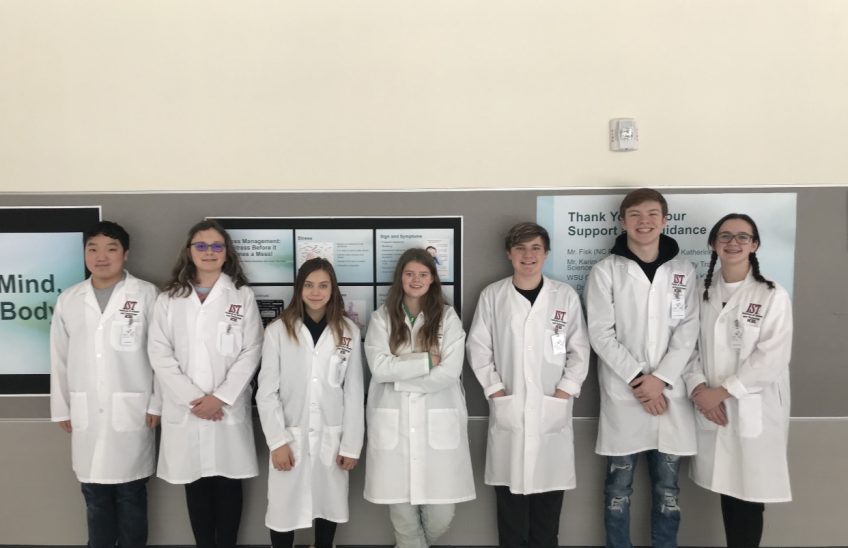 Each year, OptumRx and the American Association of Colleges of Pharmacy (AACP) invite middle school and high school students to team up with current pharmacy students to develop innovative solutions to medication- or health-related problems in their communities. We call it the Pharm4Me Innovation Challenge.

The winning team from Washington State University and North Central High School chose to research four health problems they found to be prominent in their communities, all of which were related to mental health. This is particularly timely because May is Mental Health Awareness Month.

The following are their findings on each of the four mental health focus areas.

The team of students found that opioid addiction and related overdoses are on the rise in their communities and throughout the country. Their research showed that many opioid addictions begin with the misuse of a valid opioid prescription.

The students discovered that depression, which is another public health crisis they studied, affects hundreds of millions of people across the world. They also found that individuals suffering from depression frequently experience co-occurring disorders, such as anxiety and other mental illnesses.

Their research showed that these anxiety disorders can be well-managed with treatment, but only 37 percent of individuals suffering from anxiety pursue treatment.

The student team’s research showed that the rate of suicide has been on the rise for years, but it’s still considered to be an uncomfortable topic of conversation. Because of this, many people who feel suicidal are afraid to ask for help.

The Stigma on Mental Health

Throughout the three previous areas of research, the student team found a consistent thread—a negative stigma on mental health.

They discovered that many of these problems are not discussed. And, because of this, many people are uneducated about the helpful resources that are available to them and their loved ones. These findings ultimately led the students to their solution.

When the student pharmacists from Washington State University’s (WSU) chapter of the American Pharmacists Association – Academy of Student Pharmacists (APhA-ASP) got together with the students at North Central High School (NCHS), they decided to address mental illness.

To solve the problem, the team of pharmacy and high school students began by expanding the ways they could impact their peers in their local community of Spokane, WA. They did this by creating a mental health awareness club at NCHS.

Once the club was created, the student pharmacists from WSU and the NCHS students began meeting on a bi-weekly basis. Their meetings facilitated interesting discussions about mental health and how it relates to pharmacists.

Their solution was to normalize, foster acceptance, and increase knowledge of mental health issues within young individuals using the following tactics:

Overall, the team’s goal is to remove the negative stigma around mental health in their community by fostering knowledge, acceptance, and awareness among the next generation.

At Pharmacy is Right for Me, we’re thrilled to see such promise among the pharmacists of the future. The WSU and NCHS team’s submission showcased their commitment to making the world a better, more accepting place. Because of that, we’re very happy to award them with the first-place prize!

To learn more about the winning team’s submission, watch their informational video below.

Introducing: A New Tool to Help You Find the Pharmacy Career That’s Right for You

A Day in the Life of an Ambulatory Care Clinical Pharmacist
Comments are closed.
© 2021 Pharmacy Is Right for Me.