Pharmacists Are Saving Lives This Flu Season, One Vaccine at a Time

December 12, 2018Posted by Pharmacy is Right for MePharmacy, Pharmacy careers 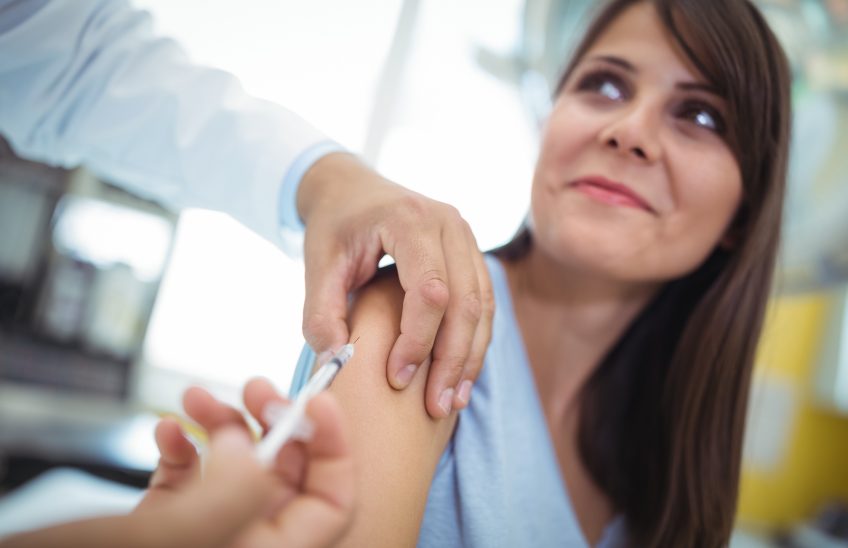 You probably already know that you can get your annual flu shot at almost any local pharmacy. But, what you probably don’t know is that by simply administering flu shots at pharmacies, pharmacists are helping to save lives and money. It’s true! Here’s what you need to know.

How the Flu Vaccine Works

Influenza (otherwise known as the flu) is a disease that is constantly changing. Because of this, the flu impacts people in many different ways. For some, it may cause symptoms as simple as a fever, achy muscles, and a cough. But, for others, the symptoms could be much more serious—even life-threatening.

The flu vaccine works by determining which strains of the flu are most common, and then injecting a very small amount of those viruses into our body in the form of the vaccination. After just a short time, our bodies start to develop antibodies that will protect us from the specific strains of the virus that were utilized in the vaccine.

For the vaccine to be most effective, vaccination needs to be widespread. This widespread vaccination not only protects you as an individual, but also protects those who are unable to be vaccinated due to their age, health issues, and more. The Center for Disease Control (CDC) encourages every person over the age of six months to obtain the flu vaccine season.

How Pharmacies Are Helping to Save Lives

Just a few years ago, it was not yet possible for pharmacists to administer the flu vaccines at pharmacies. This meant that getting the flu shot was much less convenient. However, after some policy changes, all states now include pharmacists on their list of health professionals who are able to immunize. Since that time, our country has seen some positive changes related to flu vaccination.

According to a recent study, it’s estimated that over four million more flu vaccinations were administered in the year following some states’ allowance of pharmacists as immunizers. This is believed to have led to a massive reduction in the number of flu cases in the United States. Additionally, the same study states that the odds of a person obtaining a flu shot increased by almost 8% in the states that began allowing pharmacists to administer the vaccine.

In other words, once pharmacists were added to the list of health professionals allowed to immunize, more people obtained flu shots, and more lives were saved. These positive outcomes were likely a result of the added convenience of being able to obtain a seasonal flu vaccine from a pharmacist at a local pharmacy. After all, 90% of Americans living within two miles of a pharmacy, so there is virtually always a pharmacist within reach.

Knowing what you now know about how the flu vaccine works and how pharmacists are helping reduce cases of the flu, let’s imagine the worst case scenario occurs—an epidemic.

An epidemic can occur when a new, unique version of the flu virus presents itself. This type of new virus could spread quickly. So, in order to stop the spread of the illness in its tracks, there would need to be a way to very quickly vaccinate a large amount of people. That’s where pharmacists can help.

They could actually be the ones to save the day! Because pharmacists are now among the list of health professionals equipped to immunize, and because pharmacies are so readily accessible throughout the entire country, it would be feasible to administer large amounts of vaccines by pharmacists very quickly.

In fact, when a recent computer simulation study was conducted at Johns Hopkins University Bloomberg School of Public health, it was found that the distribution of flu vaccines at pharmacies across the country during a serious epidemic would prevent up to 210 thousand deaths.

Simply put, pharmacists could actually be real-life superheroes! As a future pharmacist, you’ll be doing much more than just distributing medication. You’ll be saving lives—one vaccine at a time.

Pharmacists Are Highly-Educated Health Professionals
Comments are closed.
© 2021 Pharmacy Is Right for Me.