Being a Pharmacist Runs in the Family | Pharmacy for me

Being a Pharmacist Runs in the Family 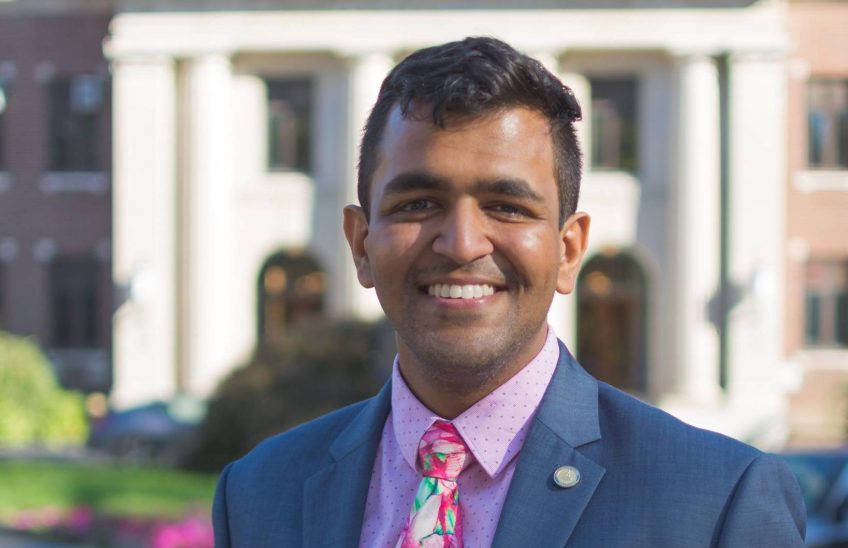 For pharmacy student Nimit Jindal, being a pharmacist runs in the family. Nimit had the good fortune of growing up in and around a pharmacy. Early on, he learned the role pharmacists play in healthcare, but it wasn’t until he actually started working in a pharmacy that he fully understood their entire value.

What attracted you to pharmacy over other healthcare professions?

Pharmacy is something that I’ve been around for quite some time. While my father is a pharmacist, it wasn’t until I started working in a pharmacy that I understood the value of pharmacists in healthcare.

While working in the pharmacy, I saw how so many members of the community came there first before they went to their physician. I saw how patients trusted the pharmacist’s advice. I always knew I wanted to help patients, and later in high school, I became very interested in policy and creating the rules around healthcare. At first, I thought this meant maybe I should pursue a degree in political science or public health. But after some research, I learned how versatile the Doctorate of Pharmacy (PharmD) is, and how I can apply what I learn to industries outside of the traditional community/hospital pharmacy setting.

When did you know you wanted to be a pharmacist?

I think I knew I wanted to be a pharmacist during my second-year of my six-year pharmacy program. Going into the program, I still didn’t have a full understanding of what being a pharmacist entailed. I thought it was being the person, in the pharmacy, who counted medications, and talked to patients. But after I had an introductory class on the various career options that pharmacists had (e.g. law, government, industry, business), I became more excited about the prospect of using my knowledge as a pharmacist to improve patient care in conjunction with some other field of study.

What type of pharmacist do you aspire to be?

Right now, I want to be a pharmacist that works on developing laws and regulations to enhance patient access to healthcare services.

How did you go about deciding what pharmacy school was right for you?

Ultimately, I ended up picking the pharmacy school that was closest to where I lived. I didn’t want to be too far away from home, and I didn’t want to spend a significant amount of money on tuition. It just so happened to work out that the school I applied to (Rutgers, The State University of New Jersey) had a very strong pharmaceutical industry presence, and I was able to get some great insight into the industry.

Did anyone help you get where you are now? How did they help?

Absolutely! My family was incredibly supportive of helping me pay for different conferences and meetings while I was still in the pre-pharmacy part of the program. They knew I wanted to explore different options in the profession. I also had some great faculty members and mentors at school who connected me with pharmacists in career fields I was interested in learning more about.

What do you love most about pharmacy school?

I really like implementing the patient care component of the profession in my extracurricular activities. For example, I really like being able to go to health fairs, provide clinical services to members of the community, and talk with and educate patients about how they can improve their health.

Are you able to collaborate with your pharmacy peers? How?

Yes, I am. There are a lot of group projects in classes. For example, we have lab courses where we make different kinds of medication forms with one another. I’ve worked with my peers to make chapsticks, capsules, gels, creams, and even injections. This semester, I get to work with my peers on an immunization program, and I get to practice providing vaccines on my peers. Healthcare is very team based, so there are a lot of opportunities to work with one another on various projects.

What was the best advice someone gave you in high school?

The best piece of advice I ever got in high school was to not be blind in the pursuit of a rigid plan. In high school, I was too focused on dictating every step I was going to take, and when things got shaky, I wanted to keep every facet of my life plan the same. I thought that I would be more successful if I had laser focus. I learned that a plan is good, but if I’m too rigid in that pursuit, I’ll never be able to properly adapt to changes, and I’ll never be open to new experiences and opportunities.

What advice would you give a high schooler?

You don’t need to have every aspect of your life figured out. You don’t need to know exactly what you want to do with your degree. Pharmacy school is about exploring your interests, and learning about all the different things you can do with your PharmD. Just work hard, and keep all options on the table. Take advantage of opportunities, and find people who are invested in your success. The PharmD degree is one of the most versatile degrees out there, and there are innumerable career options in pharmacy. Make sure you take your time, and don’t jump the gun.

4 Times Students Knew They Wanted to be Pharmacists

Clinical Pharmacy Specialist Turned Teacher
Comments are closed.
© 2020 Pharmacy is Right for Me.